(Ninove/Belgium - 2013/08/29) CATHAY INDUSTRIES, one of the world’s leading manufacturers of synthetic iron oxide pigments, intensifies its public communication in  Europe. The company with headquarters in Hong Kong and affiliates in China, Belgium, United Kingdom. Germany, USA, Australasia and South Africa focuses on clearly targeted advertising and public relations work in trade publications. The campaign start is scheduled for September 2013.

The new communication concept has been developed with the support of the media agency kemmerich. in Germany, supported by the companies Piratas for the creative part and media advice for the PR strategy, and has an initial run time of 12 months. The responsibility for the concept lies with Axel Schneider, Head and CEO of Cathay Industries Europe.

With the new PR approach as well as with the new advertising campaign CATHAY INDUSTRIES EUROPE intends to position itself even more explicitly as a high quality iron oxide pigment supplier in the market of paints and coatings applications. 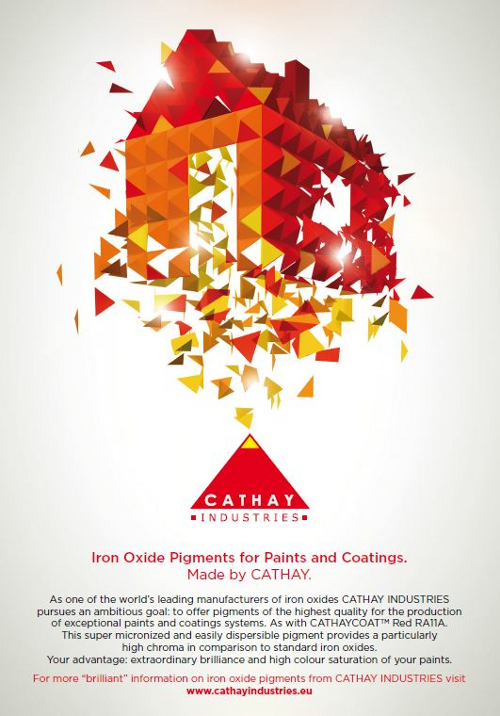